Parker is a medium-sized town located in the state of Colorado, only 25 minutes away from Downtown Denver. With a population of 49,550 people and 16 constituent neighborhoods, Parker is the 19th largest community in Colorado.

Parker is a decidedly white-collar town, with fully 89.44% of the workforce employed in white-collar jobs, well above the national average. Overall, Parker is a town of managers, professionals, and sales and office workers. There are especially a lot of people living in Parker who work in management occupations (16.87%), office and administrative support (12.88%), and sales jobs (11.34%).

Because of many things, Parker is a great place for families with children to consider. First of all, many other families with children live here, making Parker a place where both parents and children are more likely to develop social ties with other families, as well as find family-oriented services and community. The town’s good public school district and large population of college-educated adults provide an environment conducive to academic values. With regard to real estate, Parker has a high rate of owner-occupied single family homes, which tends to reflect stability in the local community. Finally, Parker’s overall crime rate is lower than average for the country.

53.07% of adults here have a 4-year degree or graduate degree, whereas the national average for all cities and towns is just 21.84%.

Single-family detached homes are the single most common housing type in Parker, accounting for 76.94% of the town’s housing units. Other types of housing that are prevalent in Parker include large apartment complexes or high rise apartments ( 17.48%), row houses and other attached homes ( 4.47%), and a few duplexes, homes converted to apartments or other small apartment buildings ( 1.12%).

Owner-occupied, three and four bedroom dwellings, primarily in single-family detached homes are the most prevalent type of housing you will see in Parker. Owner-occupied housing accounts for 79.27% of Parker’s homes, and 63.60% have either three or four bedrooms, which is average sized relative to America.

Importantly, this makes Parker one of the highest appreciating communities in the nation for the latest quarter, and may signal the town’s near-future real estate investment strength.

Relative to Colorado, our data show that Parker’s latest annual appreciation rate is higher than 70% of the other cities and towns in Colorado.

Exciting new developments for our community and outdoor enthusiasts!

During the summer of 2015, the City of Parker and the Castle Pines City Council approved an Intergovernmental Agreement to join the Rueter-Hess Recreation Authority and partner with Parker, Castle Rock, Lone Tree, Douglas County and the Parker 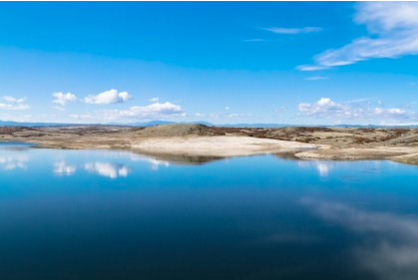 Water and Sanitation District to provide recreation opportunities to the public at the Rueter-Hess Reservoir.

The vision is for the reservoir be “quiet”, “calm”, “tranquil” and “serene”. There will be non-motorized boats (kayaks, canoes, etc.). Fishing, camping, and hiking will also be available. However, since the reservoir is mainly used for drinking water, motorized boating and swimming will not be allowed.

Latest Update – Reserve your paddle board experience at the Hess Reservoir now!