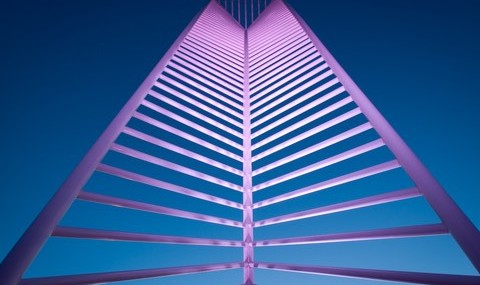 The Denver Tech Center has been perceived primarily as an employment destination for much of its four-plus decades, a place where professionals commute to in the morning and leave behind in the evening. It has been essentially regarded as a ghost town of high-rise office buildings on the weekends.

That perception is rapidly changing thanks to new apartment communities and mixed-use developments that have transformed the former office-centric locale into a live, work and play mecca. These apartment communities are a key piece to the Tech Center revolution, breaking the previous mold by offering DTC’s employees the opportunity to live nearby while enjoying a quintessential Denver metro living experience infused with many of the benefits of the downtown sector.

“The Denver Tech Center no longer is a work-only place, as the bustling new restaurants and entertainment districts on either side of Interstate 25 can attest to,” said Scott Johnson, division president of the mountain states and southwest for LMC. “With a growing number of people exchanging lengthy commutes for better work-life balance, the DTC’s transformation from business center to well-rounded life center is cementing its place as a true rival to Downtown Denver

First established in the early 1970s, the Denver Tech Center has blossomed into one of the region’s most successful employment and economic trade centers. Comcast, Dow Jones & Company, EchoStar Communications, JP Morgan, Merrill Lynch, Morgan Stanley, Nissan and PepsiCo are among the businesses and corporations that have headquarters or offices in the DTC. The Greenwood Village area is now exploding with new restaurants, pubs and an active social scene.

Located about 15 miles southeast of Downtown Denver, the Greenwood Village area is home to Cherry Creek State Park and features striking views of the Rocky Mountains. In addition to the emerging shopping options in the area, Park Meadows Mall and its upscale shopping outlets are less than two miles from Malbec at Vallagio. The community also sits directly across Interstate 25 from IKEA Centennial Home Furnishings, and The Inverness Golf Club flanks the community to the east.

Those choosing to live a vehicle-free lifestyle will have access to Downtown Denver and attractions such as Sports Authority Field, Pepsi Center, Denver Center for the Performing Arts and Union Station through the RTD Light Rail System. The light rail has several stops in the DTC area including the Dry Creek station close to Malbec. Through the light rail system, residents have access to a wide range of key employment and recreation centers across the metropolitan area. w